Dating back to the early 19th century, Chandler Farm sits on the property of Winterthur Museum, Garden and Library. Originally it was a two family house for a neighboring farm and it was converted to the director of Winterthur’s home in 1958. The museum’s current director, Carol Cadou and her family live at Chandler Farm. Thomas a graduate of the Winterthur Program and our firm offered to redecorate the home for their new life, with plenty of Winterthur-influenced details and Carol’s own pieces. 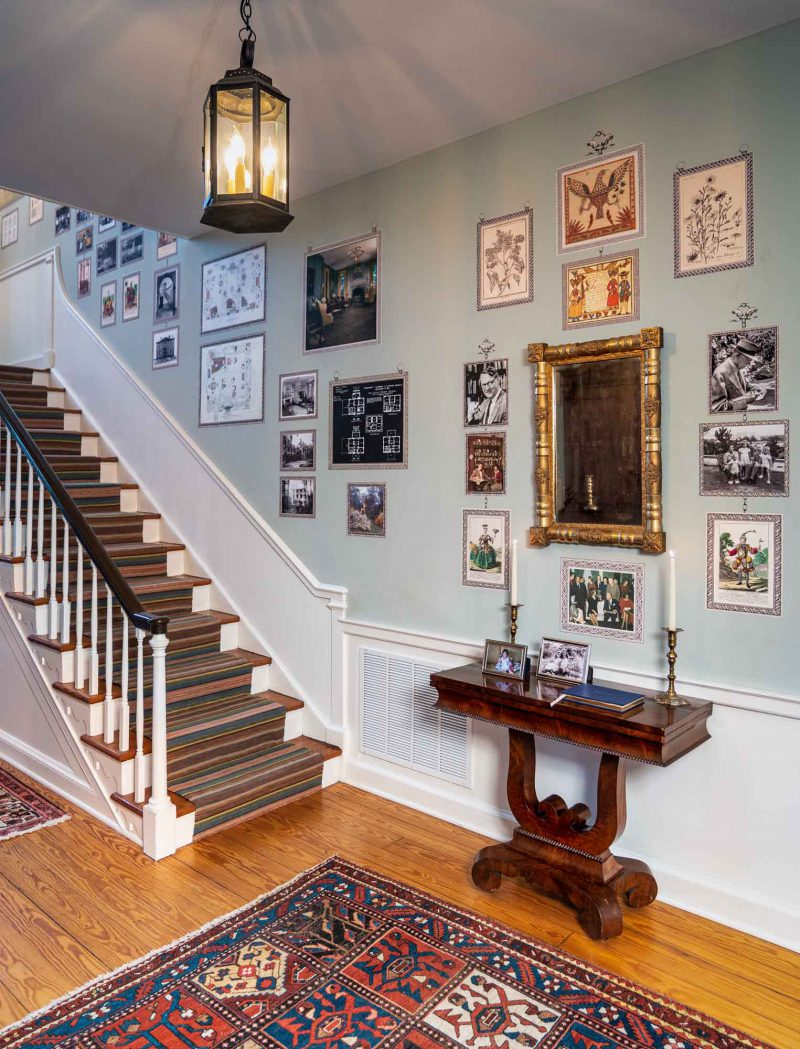 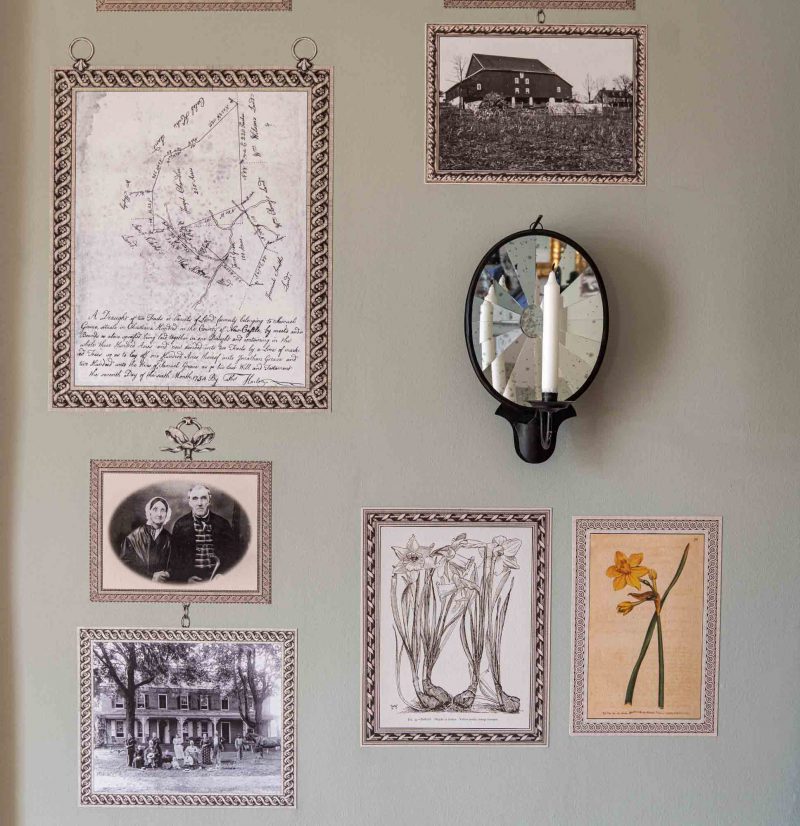 The entry hall and stairway features our modern take on a “Print Room”. Print Rooms were a popular form of interior decoration in the mid 1700s to 1800s, where a mix of prints, surrounded by paper borders and other decorative elements were pasted directly to walls. Thomas’ husband, stylist Rick Ellis, arranged them and worked with Simon Blake Studio to design and print a 21st century version in the entryway to tell the story of Winterthur’s history with maps print historic photos from their archives, including Mr. du Pont with Jackie Kennedy and one of Thomas and his Winterthur class at The White House. 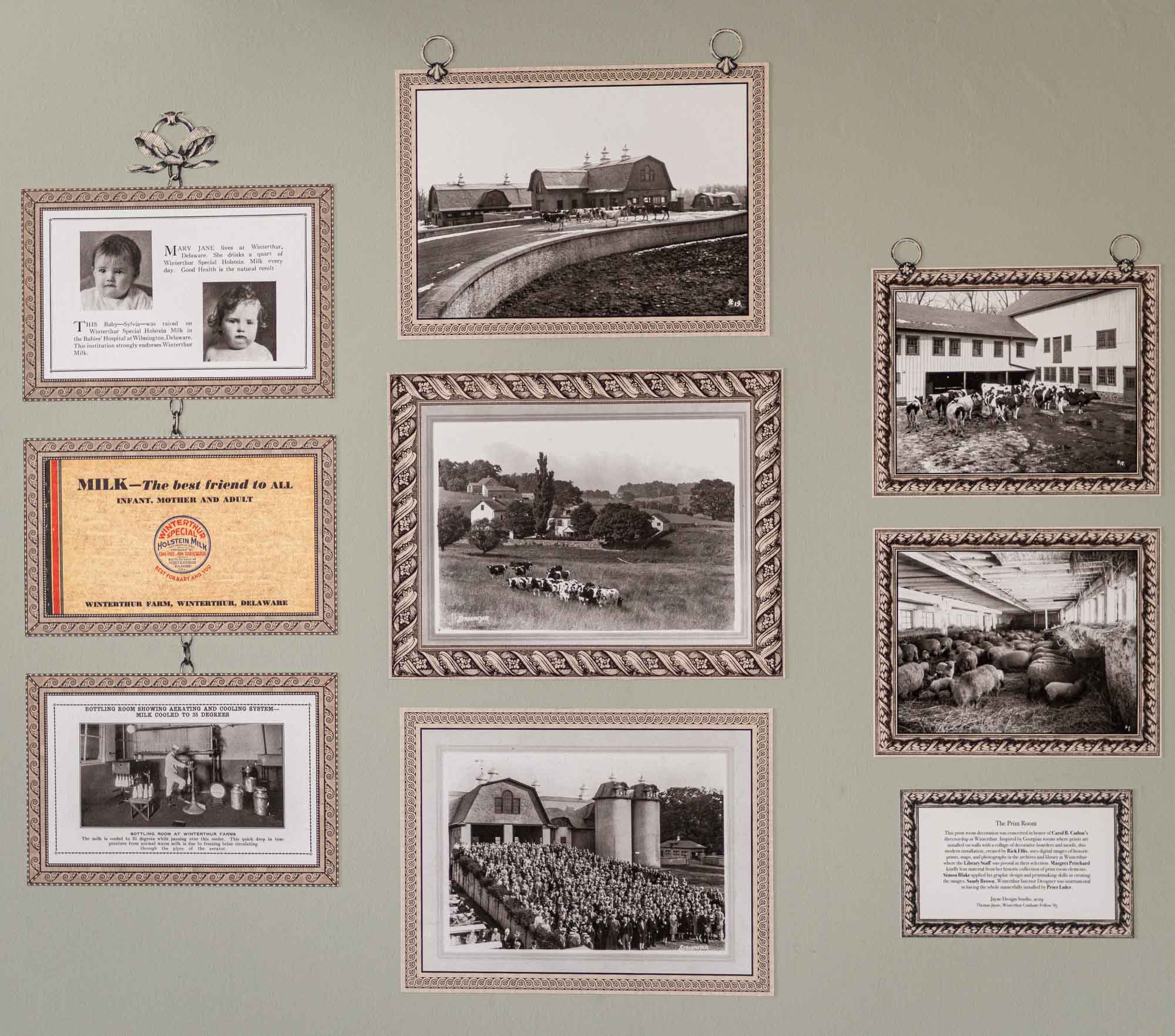 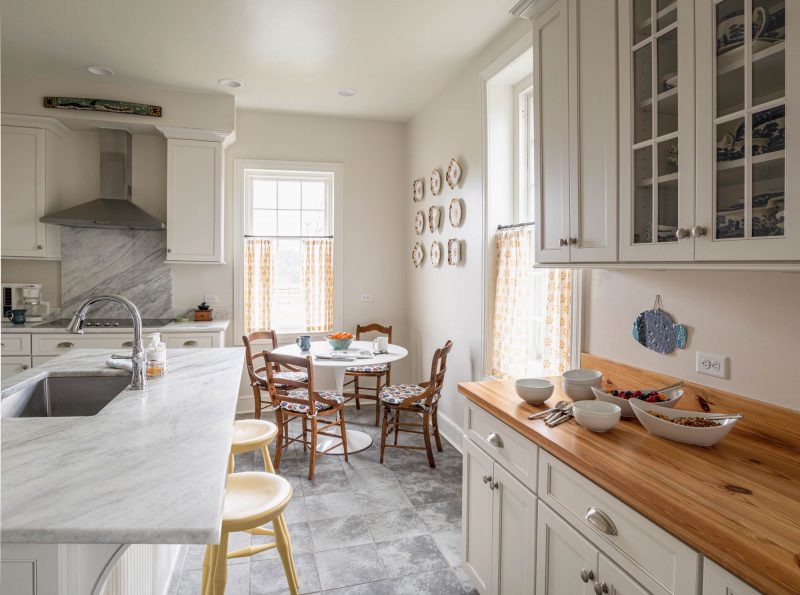 The kitchen was designed by Sandy Brown, then the principal interior designer for Winterthur Design Associates. Thomas chose the modern Saarinen dining table to juxtapose the Cadou’s Victorian chairs.

A reproduction of an eighteenth century paper made by Adelphi Paper Hanging gives the dining room life. The candle sconces custom are copies of Winterthur originals commissioned for this house. Thomas recovered the dining chairs left over from museum’s visitor waiting room. The oval mirror was chosen as a contemporary contrast to an otherwise traditional furnishings of the room. 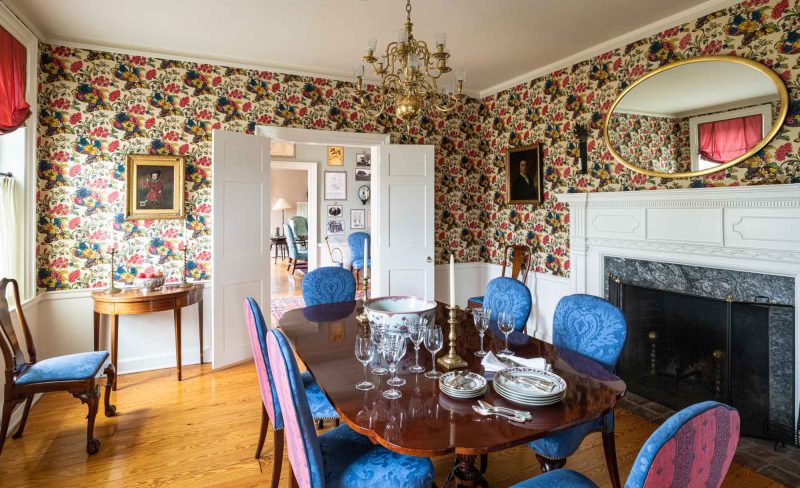 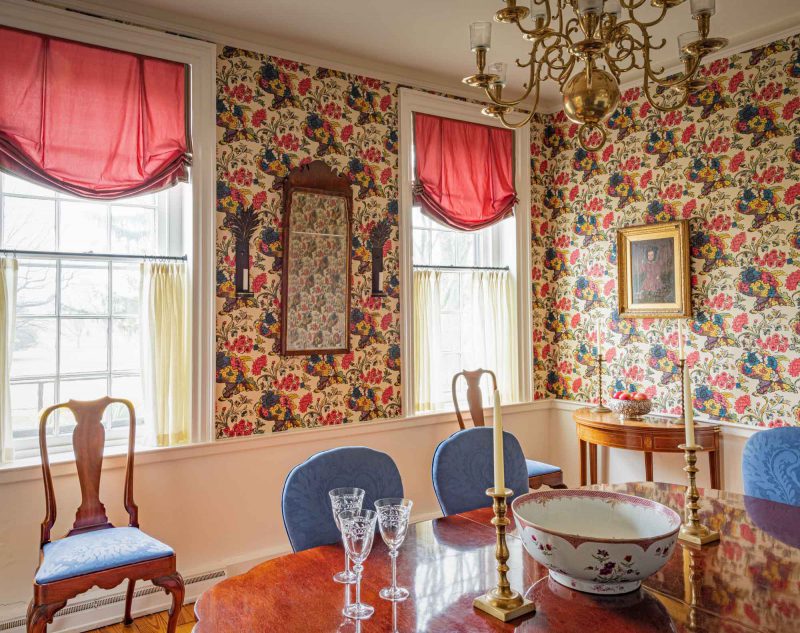 The living room is often used by the family and for entertaining special museum guests. Carole found the carpet in Istanbul’s Grand Bazaar. It’s colors are more unusual in today’s decorating, but popular in early 20th century design. They are a combination of colors that Henry Francis du Pont favored, which schemes appropriately with the armchairs’ Christopher Moore Chintz – based on a Regency document that dates back to when the home was first built. The recent Larry Lieberman painting above the sofa is a view of Winterthur. The swags and jabots window treatments are also a nod to du Pont. They were made by Natalie Faulkner Larson, an anthropologist who now makes historic curtains. Thomas backed the bookcases with a print he found in Winterthur’s archives that he had scanned and made into a custom wallpaper. 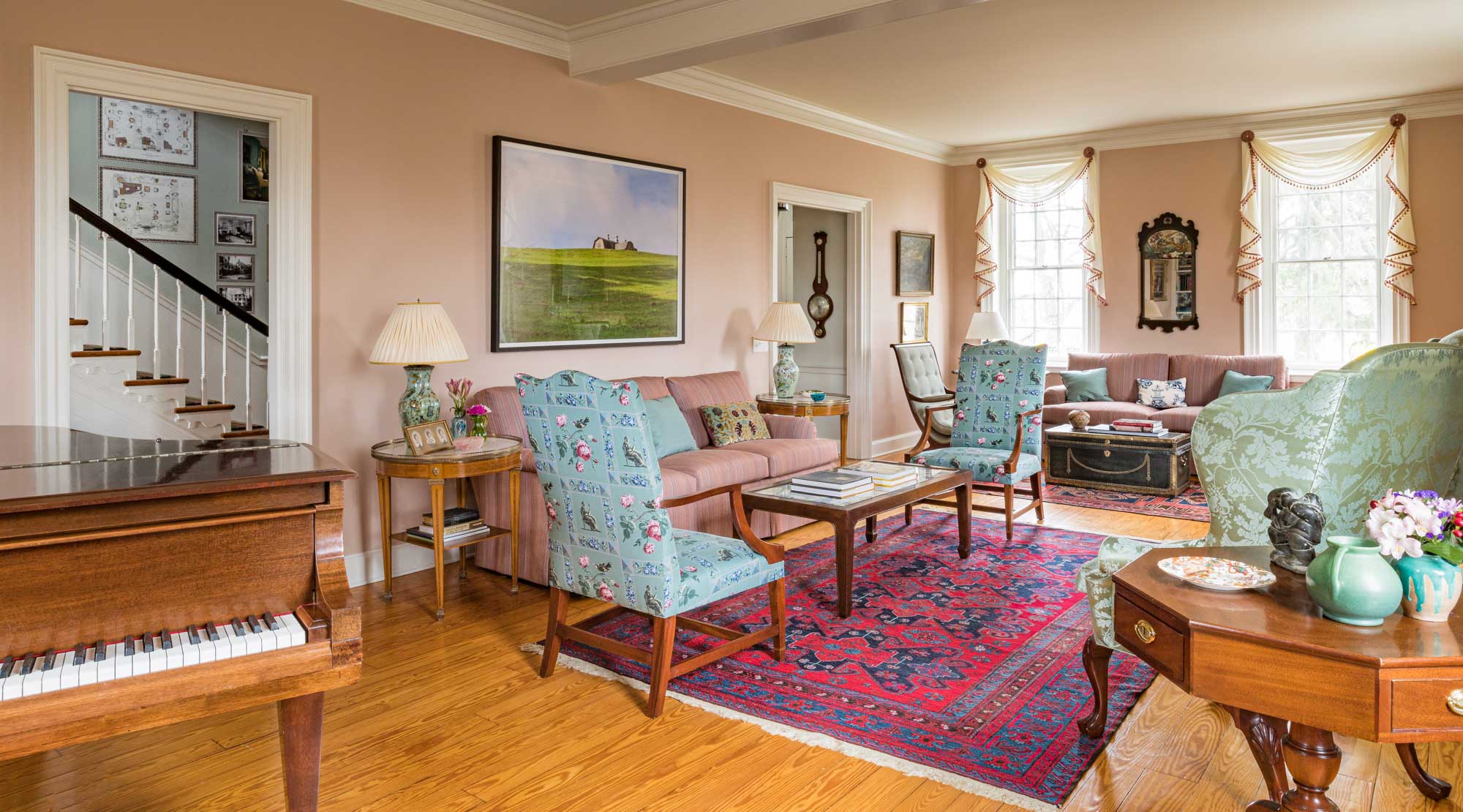